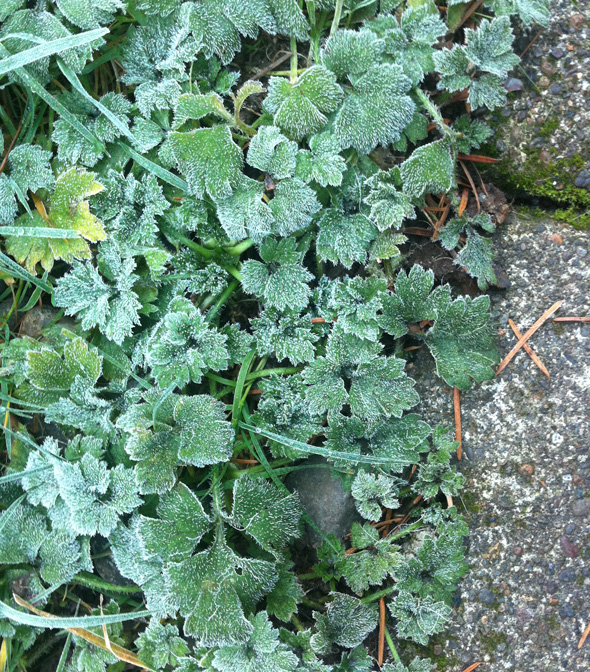 Waking up to a house and yard that was frosted over this morning is what has let me know that Christmas is actually here. I had to sit outside with the dog and feel the chill settle onto my face for a while this morning, drinking my coffee and trying to plan my day. We’re not going home to spend the holidays with our families this year, so everything just feels little off. It makes me sad to not go home, but the idea of traveling during the Christmas hustle made me feel exhausted, without even moving. Last year it was rush! rush! rush!, and this year it’s going to be much slower and much more quiet, and finding the rhythm for each day has felt odd. We’re still trying to figure out our own traditions, as a tiny family of two.

I tried a new one for myself, which included making a tiny Christmas village. My Grandma has an amazing one that she puts up each year, and I love hers so much that I decided to make my own. I got the pattern for my houses here, and it took two craft nights and few extra hours to make five of them, and after that I got a bit tired of mixing up paint colors and giving everything three coats. I figure I’ll make a few more next year.

The hilarious thing about the little houses? 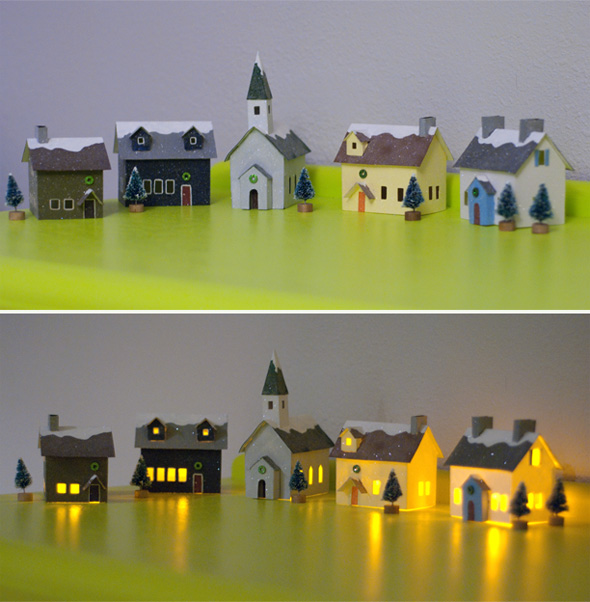 I used thin posterboard to make them, so if you put (electric) candles in them, they look like THEY’RE ON FIRE!!! It doesn’t help that the candles flicker. 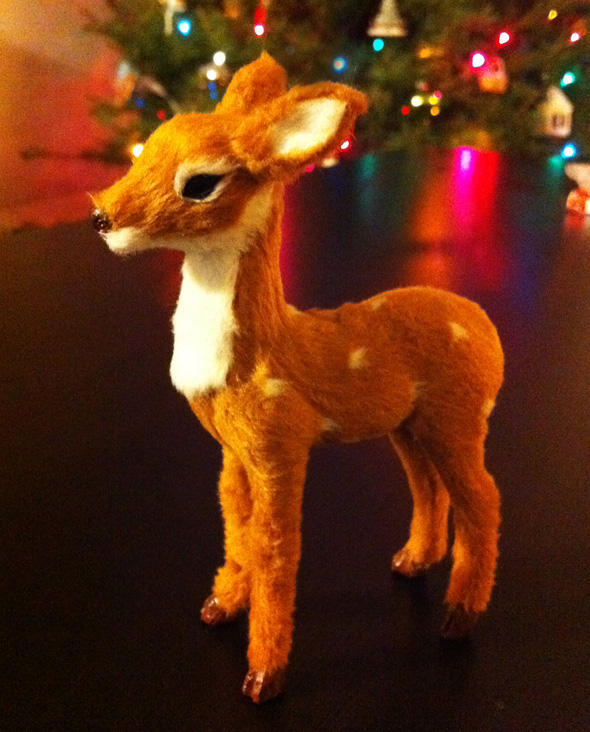 I got this little fawn (who I’m totally in love with) while shopping for gifts to send home. He’s not the same scale as my village, but I might like him too much to put him away when Christmas is over. I could make him a tiny Spring wreath to wear after winter…ooohhh! That seals it. I love him even more now.

As a little gift to myself, I decided to take up knitting. I’ve always wanted to learn, but I’ve avoided it because I thought I’d become addicted to it.

I finished a cowl (the ivory alpac), which is the squishiest, most lovely feeling cowl I could ever want. It’s not perfect by any standards, and by that I mean somehow I missed an entire row of purling, right down the middle of it. But I don’t care- it’s a first project, guided along by a 2 hour lesson at Close Knit and lots of YouTube videos.

My lovely cowl came with us yesterday on a trip to Mt. Hood and Timberline Lodge, where we (Rob and our friends Jim and Ravyn), hoped that the snow would put us in a more festive mood. I’d say that all of the snow, skiiers, and my candycane martini certainly did the trick! 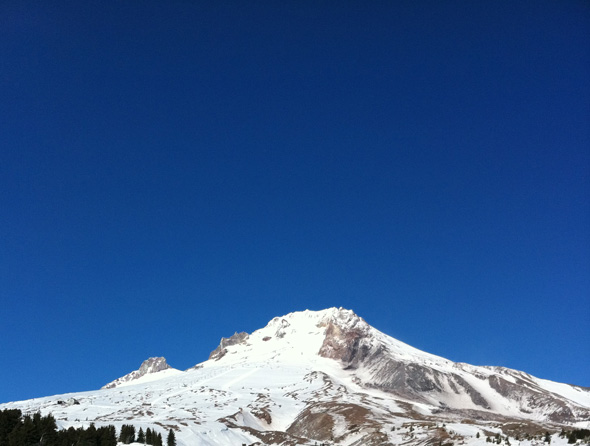 If you want to see some really great photos of our day, Ravyn posted some great ones on her blog.  All I had with me was my iPhone, and I’m in no way good at taking pictures, so… there.

After these holidays are over, I’ve got a date with a huge, glorious bundle of Pendleton wool scraps…. 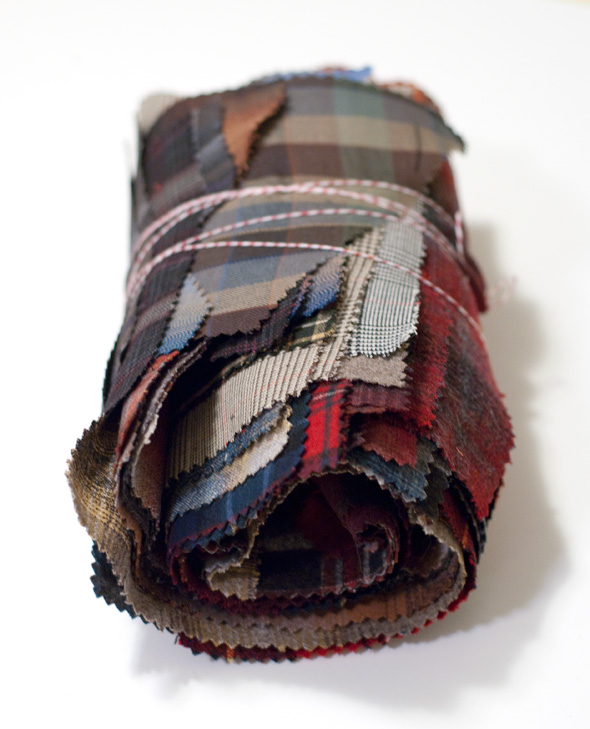 …and some lovely linen for a new class sample! 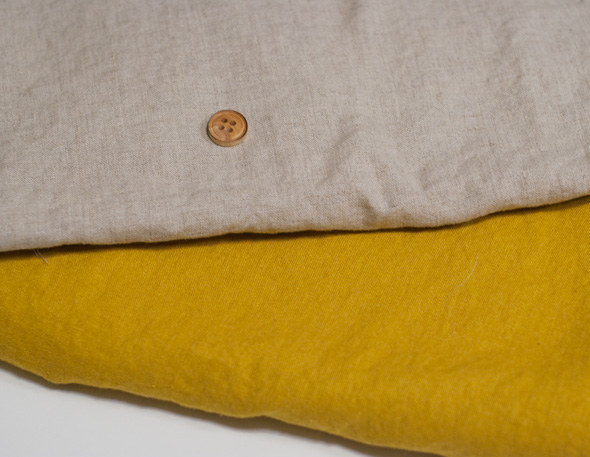 Until then, have a very wonderful weekend and Happy Holidays! 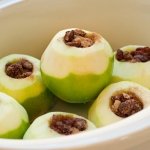 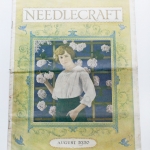