This summer I decided that it was time to mash up fresh summer berries and finally learn to can my own delicious jams! 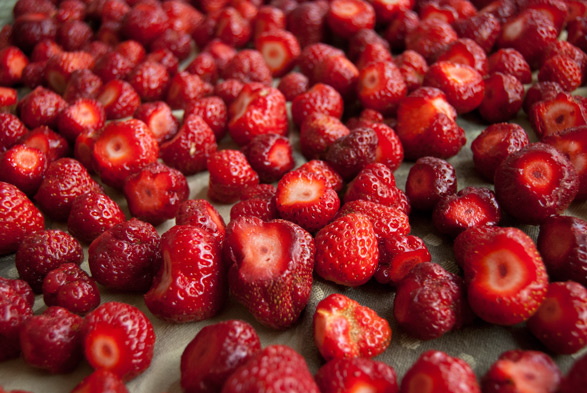 I had always told myself that canning would be really hard work. I would get burnt with sticky syrups and it would take days to clean the sugar off of my floors (I’m really messy when I cook).  And what happened if I didn’t seal the cans correctly? What if my jam downright tasted like dirt? 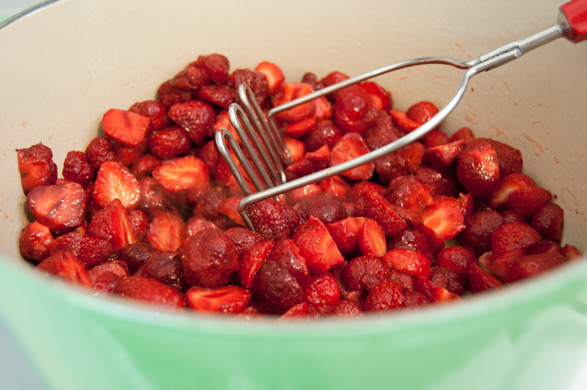 Lies, I tell you. All lies!

I was inspired to take the plunge after purchasing the book The Homemade Pantry, by Alana Chernila. I had been reading wonderful reviews about this book for quite a while, and when I was walking around Powell’s looking at a few gardening books, there it was. One flip thru the first few pages and I knew it was coming home with me.

The canning instructions in this book are thorough and make the whole process much less scary. I started off using Alana’s strawberry jam recipe, and tweaked it a tiny bit by adding a little vanilla to the berries. She does a really nice job of explaining the entire process in a very friendly way, and after re-reading the canning section about five times, I told myself to go for it. 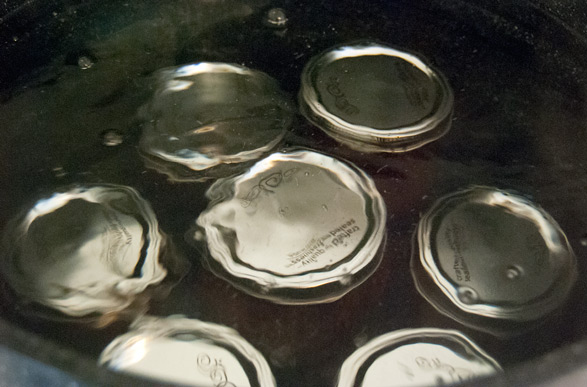 I waiting for something terrible to happen as I watched the jars in the stock pot. Surely one was going to burst and I would be covered in lava hot jam at any moment (yet my face was still hovering over the jars- reeeeally smart). I was nervous during my whole first batch, but as soon as I started to hear the jars *ping* and let me know they were sealed, I was elated! I held a celebratory kitchen dance party right there and then.

Since then I’ve gone on to make another 6 batches of jam. The strawberries that I used were all purchased at the farmer’s market, but the other fruit was…eh… stolen?

Let me explain. A house a few doors down from us is abandoned and about to be demolished. It has a good-sized garden in the open yard near an alley that has been ignored for at least as long as we’ve lived here. Last year I watched all of the raspberries and rhubarb go bad because no one was interested in them, and I couldn’t do that again. When we heard that the house was going to be dozed, and the garden would go with it, we hopped down there with a few large bowls, a wheelbarrow and a shovel.

The amount of huge, red, perfect red raspberries Rob picked was incredible. I had to make two batches of jam, because every few days he’d head down there and come back with another bowlful. We told a few other neighbors to go pick berries, but no one was very interested. Have you ever eaten golden raspberries? I’d never had them before, and they were so ripe they were falling apart as you tried to pull them off of the bushes. I saved a few of them to make a single batch of golden-only raspberry jam, and I love it.

The rhubarb was growing like crazy. I had never seen such large plants, and I pulled out a large armful of stalks. Rob dug up half of a plant and it’s now planted in our backyard. After making a big rhubarb crumble (I maybe should have made another rhubarb custard meringue pie), I had a ton leftover, so I of course made more jam. 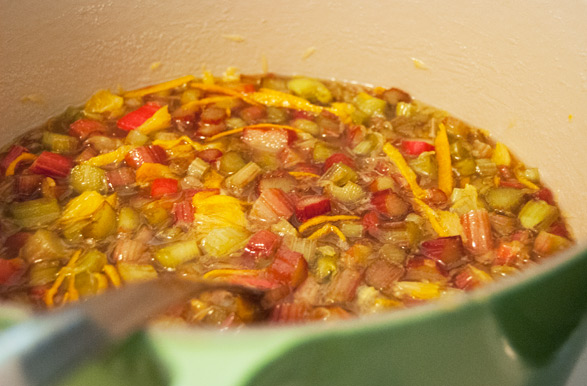 1.)  Strawberry Rhubarb Jam – This is AMAZING. It’s probably my favorite one so far, and everyone who’s tried it loves it as well.

2.) Strawberry Jam (added a hint of vanilla)- Recipe found in the the book The Homemade Pantry, by Alana Chernila

3.) Old Fashioned Raspberry Jam– So easy and soooo good. Mixing the two kinds of raspberries really kicked it up a notch.

4.) Rhubarb Orange Lemon Marmalade– I changed this by adding in some chopped candied ginger. I read a lot of other rhubarb jam recipes that had ginger listed as an ingredient, with a lot of positive reviews. It’s the only jam I haven’t tried on toast yet, but the small amount I had on a spoon was delicious. The only thing I’d maybe change (besides adding the ginger) is to probably not add in as much liquid pectin. I know marmalade is more jelled than other jams, but I think this may need to be practically chopped up before you can eat it. The verdict is still out! 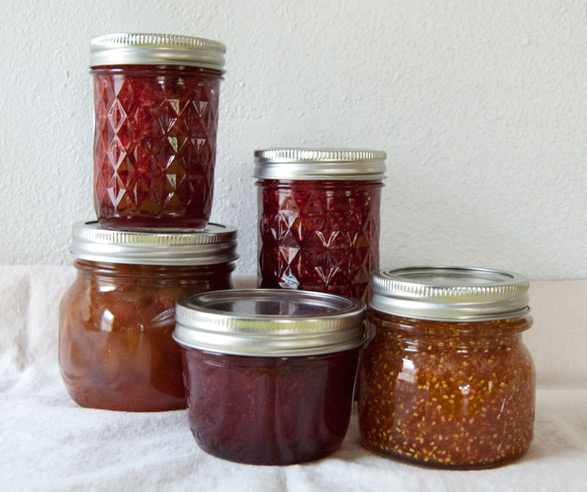 Do you have any favorite canning recipes or good preserving books to recommend? I’ve got the itch to make blueberry compote, peach chutney and pickles! 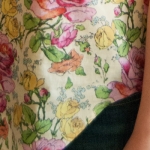 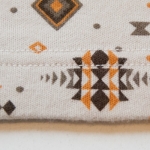