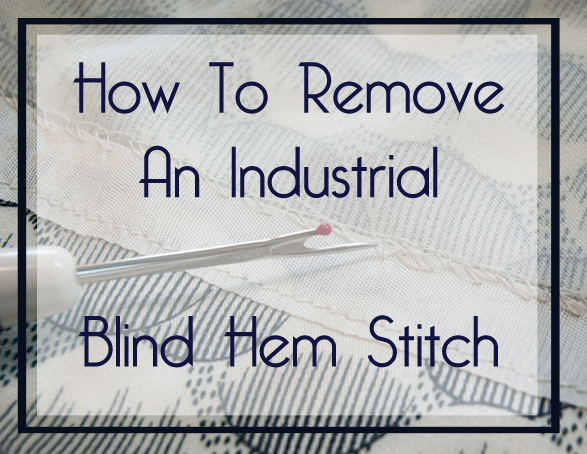 Perhaps you’ve noticed the stitch used on the hem of your purchased pants before. It’s definitely much different than the blind hem that your home sewing machine makes, but it’s still invisible from the outside and only grasps a few threads. This, my friend, is the industrial blind hem stitch.

The machine that makes this stitch is quite curious looking. It sews only the blind stitch, and uses a long curved needle to hook the fabric. Because the machine makes a chain stitch, there is no need for a bobbin. The fabric is fed into the machine so that it makes a circular motion, while the needle picks up the fabric hem and only a thread or two of the actual pant leg fabric. A monofilament thread is often used in the machine to ensure that the hem is invisible.

Often times, the thin threads used with the machine can get snagged on your shoes or simply break while the garment is being cleaned. If you’ve ever snagged this stitch and then mistakenly pulled on the thread to see where it came from, you probably realized you were pulling out your entire hem. Sometimes though, pulling on the hem thread, especially when you want to remove it to shorten your pants, only makes it tighter. It can be hard to see exactly where the thread starts and in which direction to pull it (much like the coverstitch), so let’s look a closer look at the stitch.

*If you would like to see more detail in these photos, click on them to have them pop up in a larger size that is less grainy.*

Like I said earlier, the industrial blind stitch is a chain stitch. You can see the way that the thread loops in and out of itself. 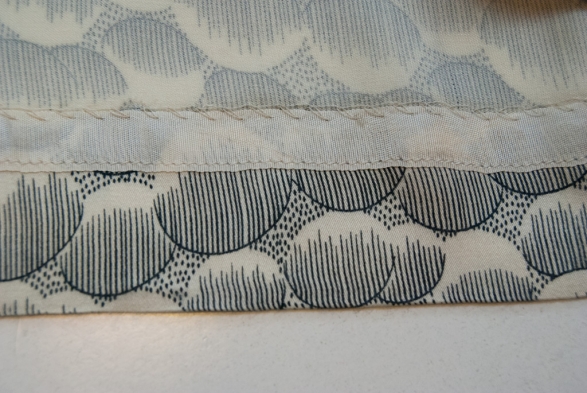 To begin to undo the stitch, you’ll want to look for the area on the hem where the stitch overlaps itself. A small length of thread will likely be hanging off of the end. 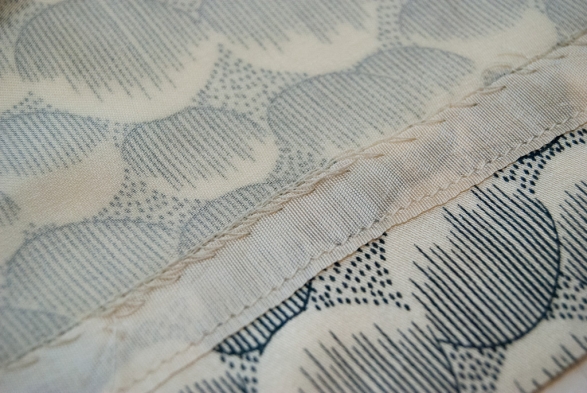 I made a quick (very quick) drawing of how a chain stitch works. This should help you understand how the thread tail will need to be removed from the first loop on the stitch in order to be able to pull the thread cleanly from the hem.

Find the tail of the thread on the overlapping stitch area. 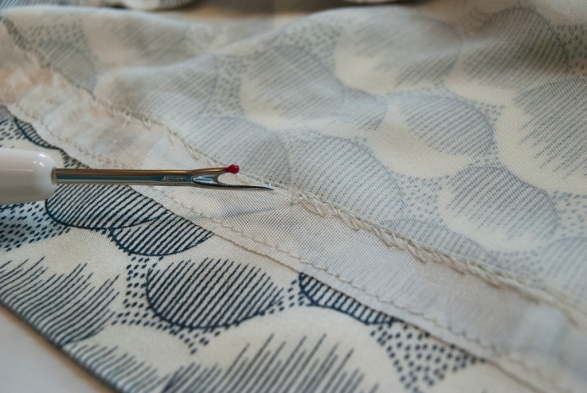 Notice how this thread goes thru the last loop of the chain stitch. 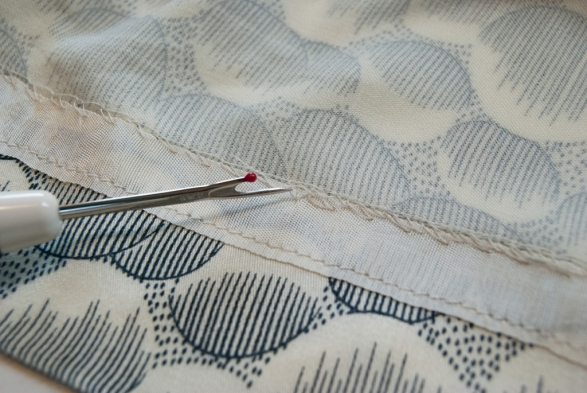 If you were to pull this thread, the chain stitch would simply get tighter. If you don’t want the stitch to come undone, pulling this will tighten the stitch to lock it in place. 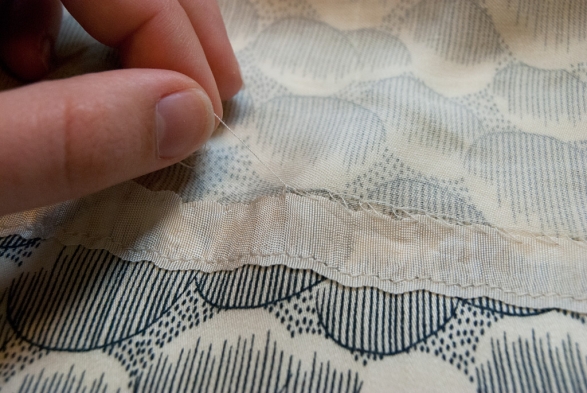 But- we’re removing this stitch. Or rather, I was removing this hem on a pair of smokin’ hot Anthropology pants I got this summer that make my butt look great and decided to take pictures. Whatever. The thread tail will have to be pulled out of the very last loop on the blind hem/chain stitch in order to easily pull out the thread. 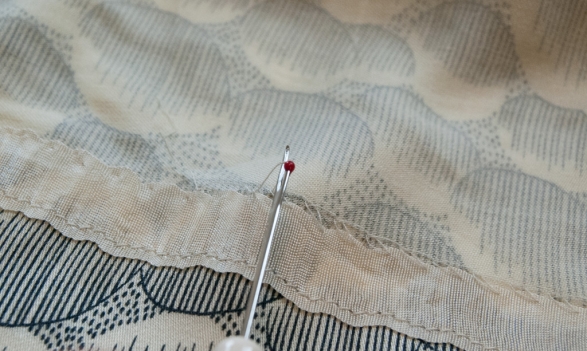 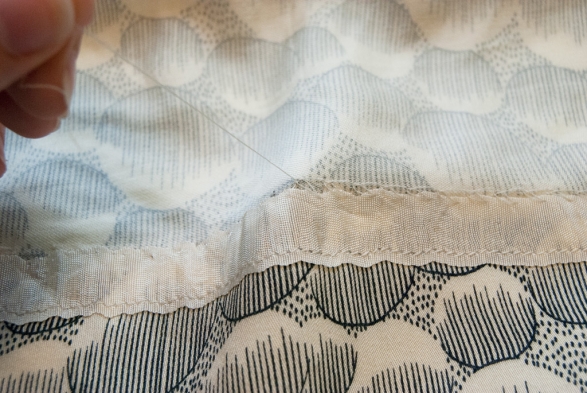 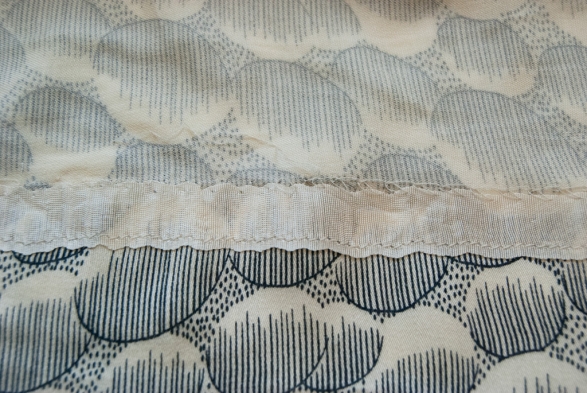 I don’t own a fancy-schmancy blind hem machine, so I couldn’t put back this exact same hem once I shortened the pants. Because they are made of a very thin rayon, I ended up hand sewing the new hem with a catch stitch. It worked really well and is invisible from the outside, thanks to silk thread and one of the best needles ever.

Have you ever seen this stitch used somewhere other than on a hem of a garment? 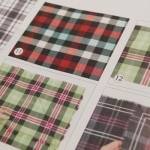 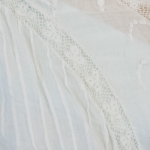