My mom and cousin Erin came to Portland to visit last week, and we did the rounds of a few Portland must-sees, along with a bit of exploring in the Oregon forests. Of course we went up to Pittock mansion (which was amazing because it was perfectly clear outside)… 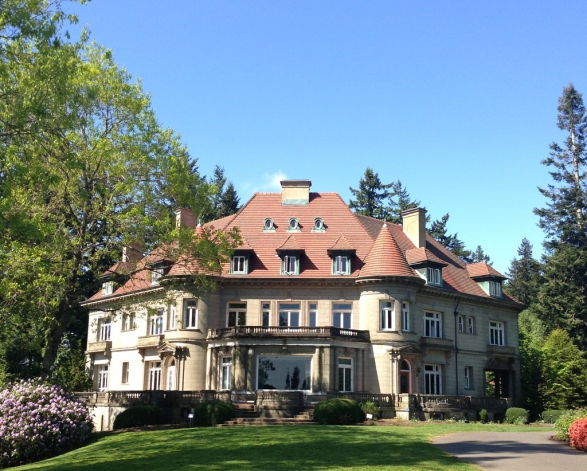 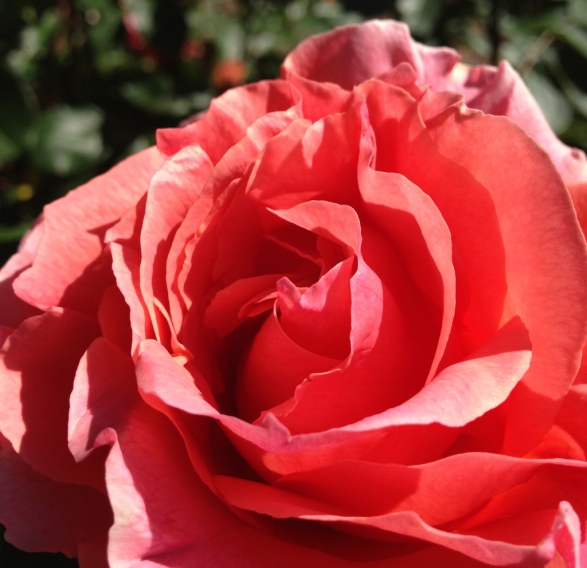 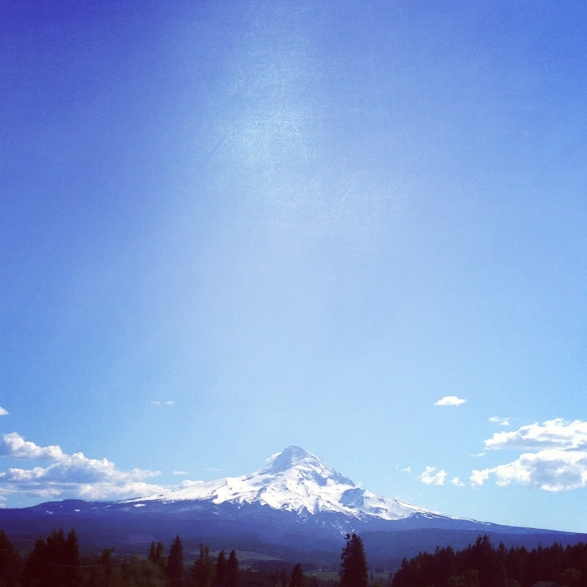 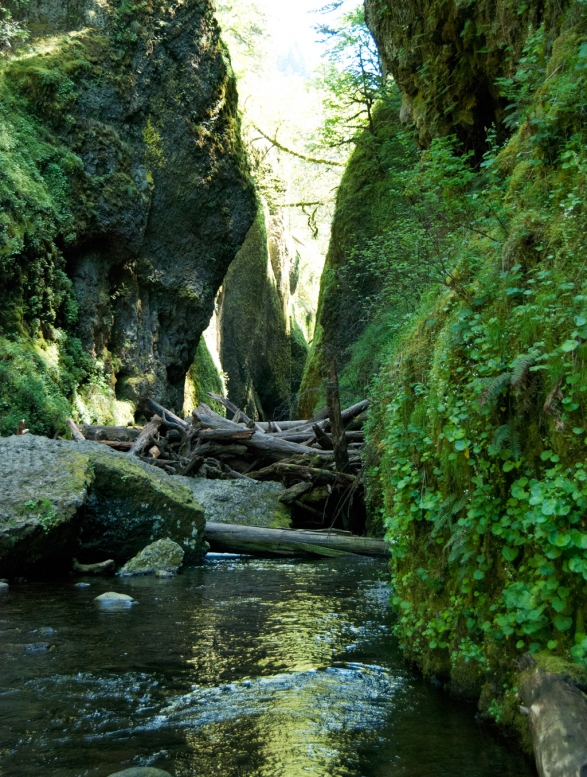 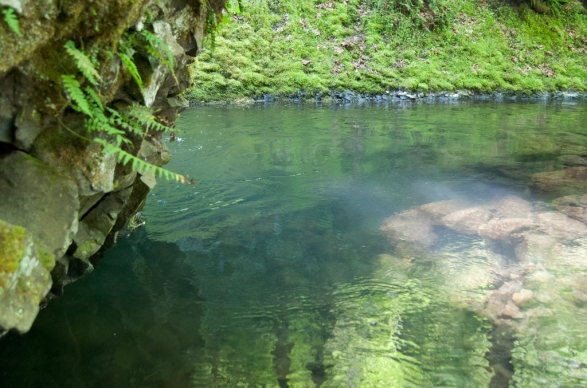 and even headed up to the Audubon Society of Portland so Erin could meet my favorite owl, Julio. 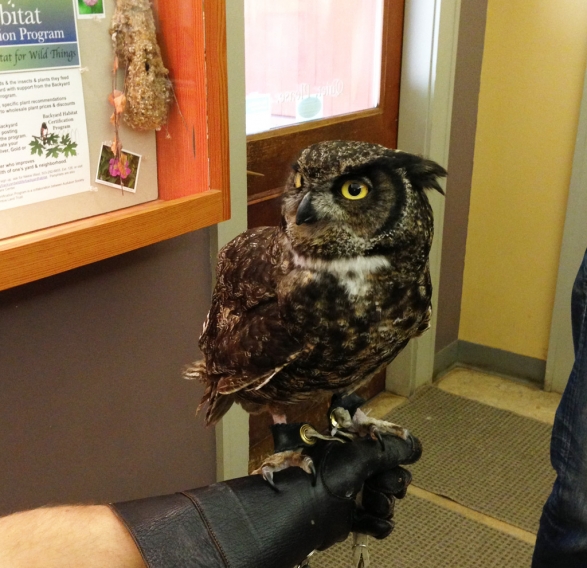 We had a great time laughing and talking about weird old memories of being kids and running around at my Grandma’s farm. I used to spend holidays thinking up ways to embarrass the crap out of Erin and the boys she’d bring to Christmas dinner. “Oooo… do you looooove him?” was one of my favorites to break out sometime between the main course and dessert. These things always have a way of getting back to you though, and Erin got to watch me embarrass myself thanks to this big fluff ball, named Moriarty. 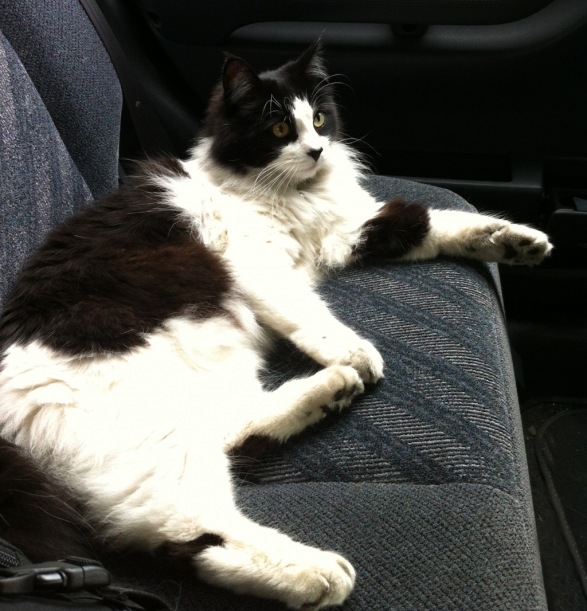 I had brought my Mom and Erin to Alberta Street because Erin wanted to see Modern Domestic. While we walked around, we decided to go into Bolt down the street. As we perused thru the quilting cottons, a large black and white cat sauntered into the store. He looked perfectly at ease and I assumed that he must live nearby and be a regular visitor.

“OMG IS THAT A CAT?!” Hannah, the store employee, had apparently never seen the big fur ball in there before. She was worried about him messing with the fabric or ribbons, so I started to carry him outside. Once I got to the door, I noticed that he had on a collar with a tag that read “Moriarty” across the top, and had a phone number underneath.

Alberta is fairly busy street, with lots of cars and dogs going every which way. I couldn’t just shoo the cat out of the store. I had to know if he lived nearby or if he was missing. Hannah called the number on his collar and a woman answered. She said that she lived a few blocks away, and yes, he wasn’t supposed to be outside. Her roommate must have accidentally let him out. She was stuck at work and wouldn’t be able to do anything about him being loose.

“I’ll take him home. Is anyone there?” I had Hannah ask the woman. She shook her head no. “Well, if there’s a spare key, I’ll put him inside and lock it back up.”

The woman on the other end of the line was obviously a little leery about telling a complete stranger where her house and spare key were. Hannah assured her that I was no threat, so she gave out her address and phone number, with instructions on where to find the spare key. I carried Moriarty to the car and got in with my Mom and cousin. I drove up about two blocks and parked the car, got out, and walked up onto the porch.

I looked for her spare key for a few minutes before calling her. “It’s not here.”

“Try the back door,” she said. “Just go up the steps and see if that door is unlocked at all.”

I walked towards the back of the house and noticed a camper sitting in the driveway. The door to the camper was wide open, and I could smell that someone was probably smoking pot inside. I decided not to ask them about the cat and followed the directions from the woman on the phone. I opened the back gate and walked up to the back door.

It was a little funny to me that the back door had a huge swinging dog door on it. If I put the cat inside, wouldn’t it just walk right back out? I turned the doorknob though, and the back door opened right up.

“Wait… did you go to a basement door? You got there really fast.” she said.

“Well, not really. It was more of a ramp that was over the stairs.”

“Wait. Are you sure you’re at my house?”

“Is your house green?” I asked.

I quietly shut the backdoor and hurried out of the backyard, past the person getting high in the camper (who probably didn’t know what to make of the situation), and up the driveway. As I headed back to the car, I took a look at the house again, and noticed a camera on the front porch. Now I’m on film as a crazy lady, digging thru their front porch looking for a key that isn’t there. Faaaantastic.

It turns out that I was on 22nd street, and the woman lived on 21st street. I drove around the corner and found her house, and what do you know? Her spare key was right where she said it would be. Moriarty, who was eager to be home, quickly scrambled up the steps when I opened the door for him.

His owner, still laughing, said she owes me a drink. 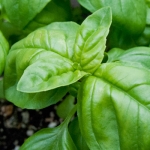 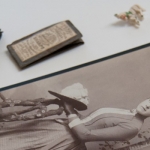