So even though October was insane schedule-wise, it was really good. It allowed me to get back to some creative roots, and to discover more about this amazing city I live in. There are so many things that I see on a daily basis and pass by, never taking note or trying to find a way to give my mental picture to someone else.

It’s a pretty hard thing to describe sometimes, that thing, that you saw, and you were all wow, how cool. It can be even more difficult to transform it into a tangible thing. Take, for instance, the beautiful moss and lichen that grow on the Vista Avenue Viaduct: 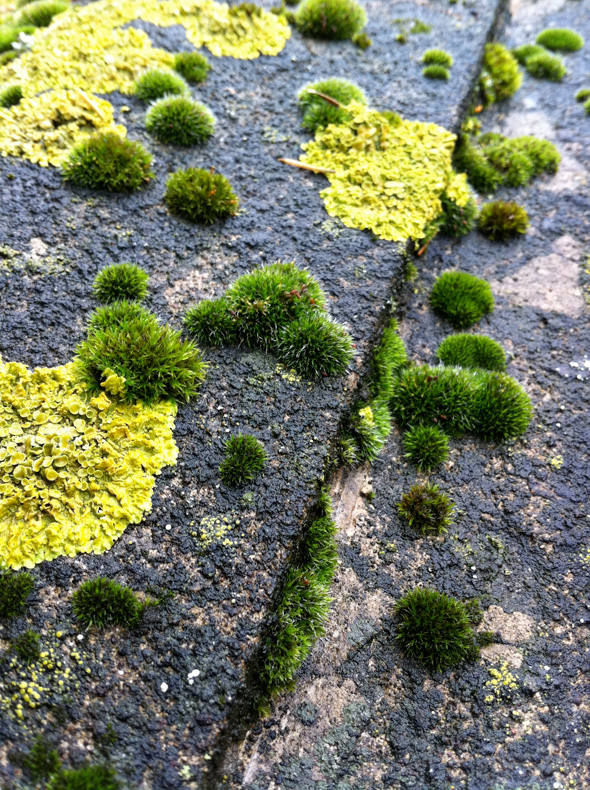 I’ve got plans based around these guys, but right now they’re just notes and scribbles. I think it’s going to involve wool and linen though…

We had two sets of visitors this past month, one being my Mother, and the others being our very talented friends Jim and Ravyn. I had no idea Jimmy and Ravyn were coming to Portland though, and Lord help him if Rob posts the video of me opening the front door and realizing two of our best friends were standing there. No, I didn’t jump up and down like Publisher’s Clearing house was handing me a giant check, but it did take me about 15 seconds to realize who it was, and for my brain to wrap around what hell was going on.

Seeing Portland with friends and family from the Midwest is so fun for me. Even though we might go to places that I’ve already been to, it’s fun to hear them talk about and acknowledge the beauty that Oregon has to offer. It lets me recharge and really appreciate where I am and the opportunities I have to be inspired here. I’m not saying Indiana is completely ugly, but she’d probably only take home a “thanks for trying” prize in a pageant.

So there hasn’t been much sewing done on my part, because I’ve been busy traveling to various places this past month, like the Portland Apple Festival at the Portland Nursery. Apple crisp? Check. Apple strudel? Check. Belly full of delicious apple cider? Double check. 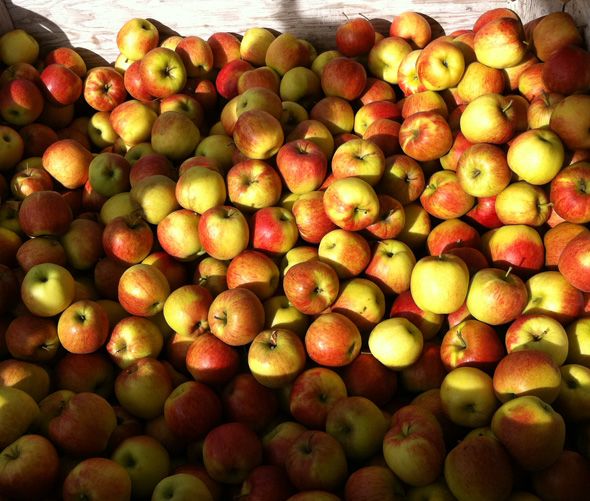 And when you have the chance on a perfect fall day to visit the ocean, I can’t recommend Tillamook Bay enough. Just be sure to stop for some fudge at the Tillamook Cheese Factory first! 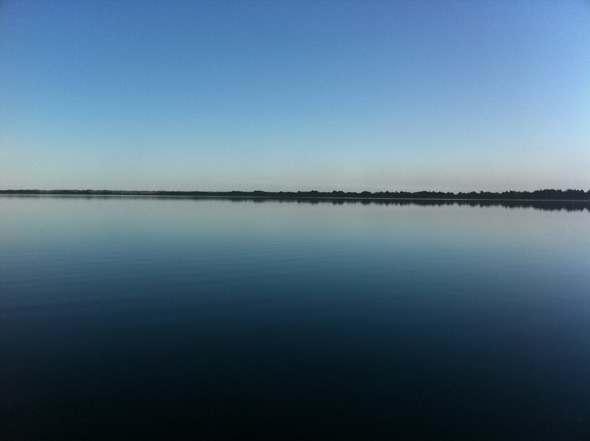 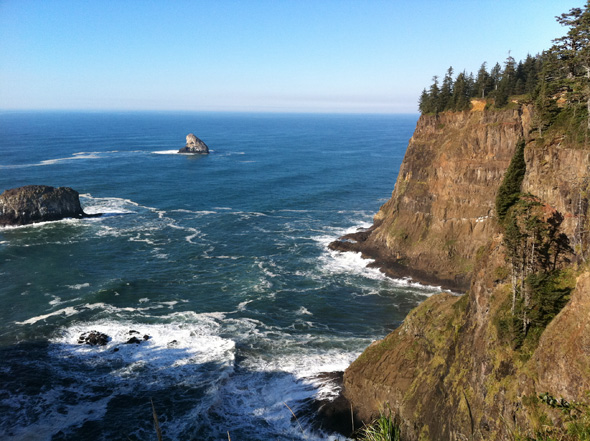 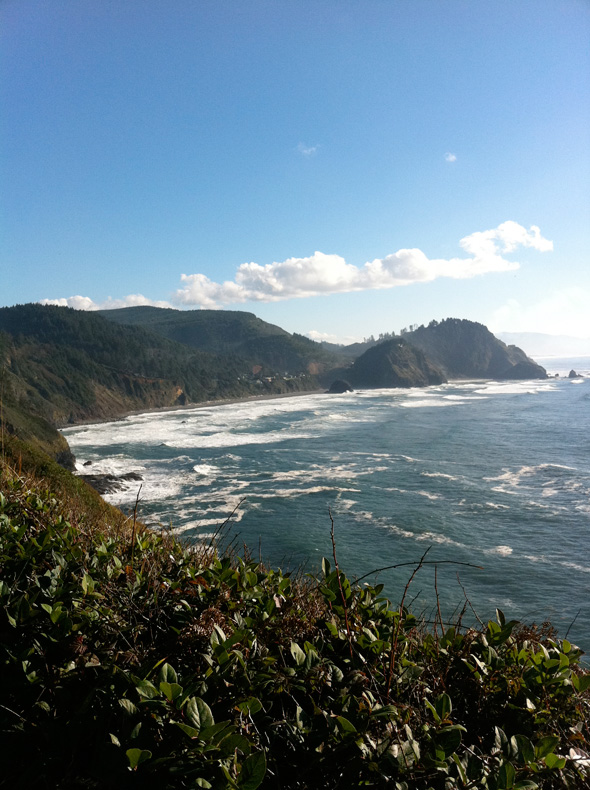 And go look at the leaves at the Washington Park Vietnam War Memorial, even though if you’re like me it will make you want to go buy lots of fall-colored fabric. 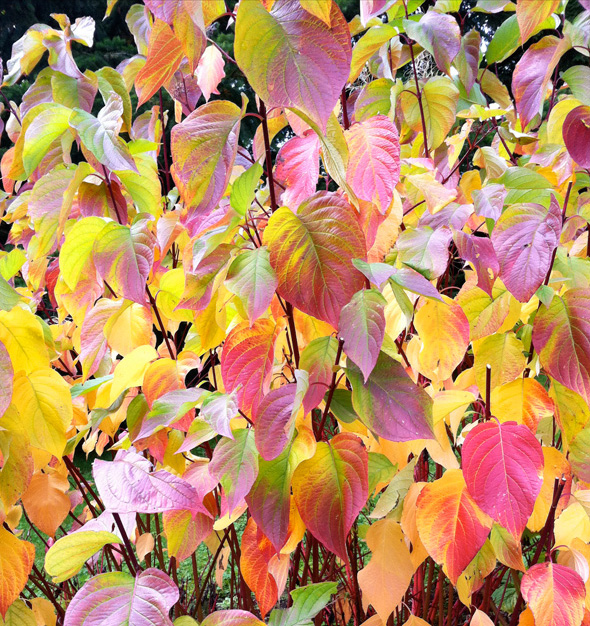 Then relax by spending time at Trillium Lake, as long as you’re not afraid of how spooky it is. It looks and feels haunted when it’s misty and quiet. 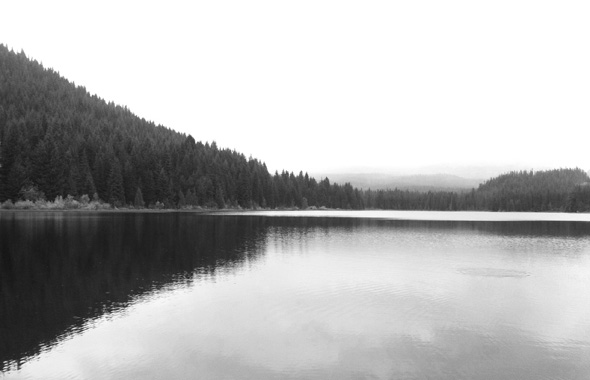 But one of the best parts about running around Portland? Finishing up a few long weeks of hard work with a Bailey’s hot cocoa at Timberline Lodge.

Now that I’ve had a mini-vacation, I’m off to work on a tutorial for you! 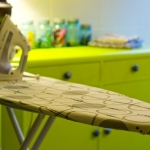 Newer post: How to Sew: A New Ironing Board Cover 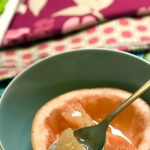