The sun has been scorching the earth in Portland. We finally had a gray day yesterday, but before that, we had quite an unexpected heat wave. I am so grateful that our house has ceiling fans and air conditioning. If we were still in our old rental, I’m sure that I would have melted by now. Our house doesn’t have insulation, so it can get pretty warm when the sun beats on the walls, but at least we have a few tall fir trees to keep the heat off of the house during the hottest part of the day.

When it’s really warm out, I don’t want anything clinging to my skin. Most shirts that I find in stores are rather fitted, but I had this super old Gap shirt that had the perfect amount of looseness to it. I don’t want to wear a bag, but I don’t need anything figure-hugging either. The Gap shirt was on its last leg, so I cut it apart and made a pattern out of it. I’d only been meaning to do that for about two years! 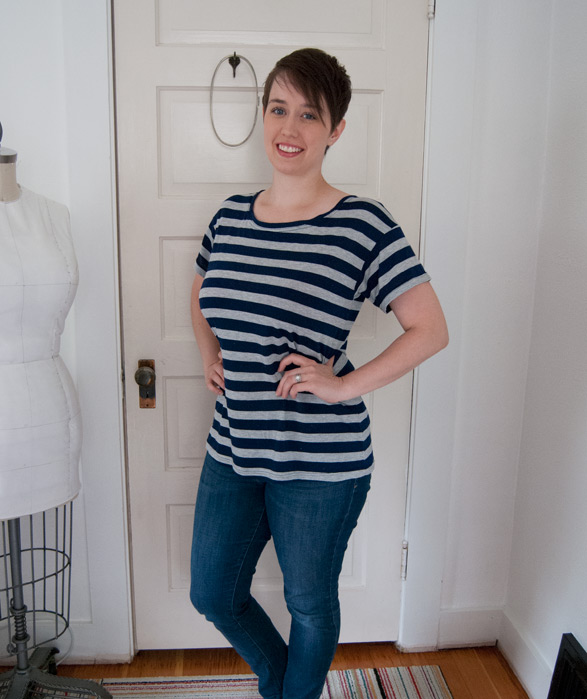 The Annex at Mill End had some nice knits in the last time I was there, so I picked up this gray and navy jersey stripe and bright pinkish-purple. I am so happy with how the shirts turned out! 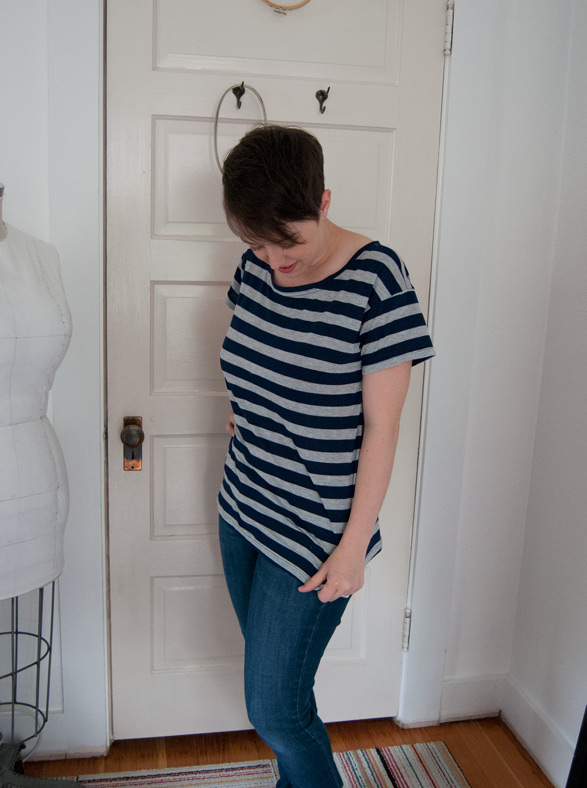 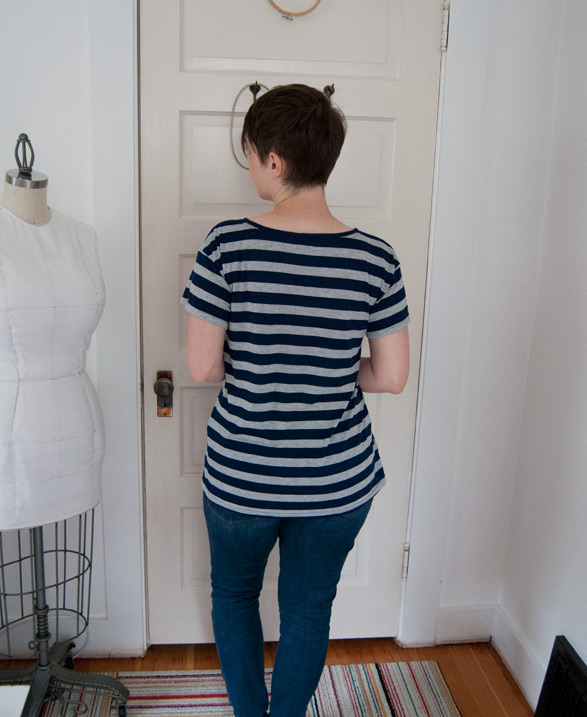 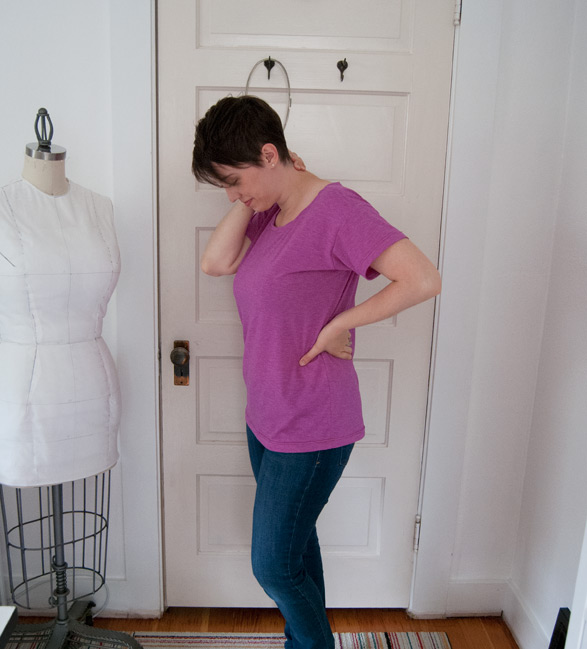 I plan on making lots of these, as soon as I can find more knits that I like. I have the hardest time finding them though! They are usually too thin, too thick, don’t have enough stretch, pill too easily… it’s always something! I don’t bother trying to order them online anymore, because I almost always end up returning them, or using the yardage that I bought to make muslins. I am picky, picky, picky when it comes to knits (okay, all fabric).

It was nice to have a project turn out so well after a recent very bad decision. I copied an outfit of Em’s, made a pattern after adjusting it to give him some room to grow, and then I cut out and sewed up the cutest little romper from a very soft bamboo striped knit. I loved it! 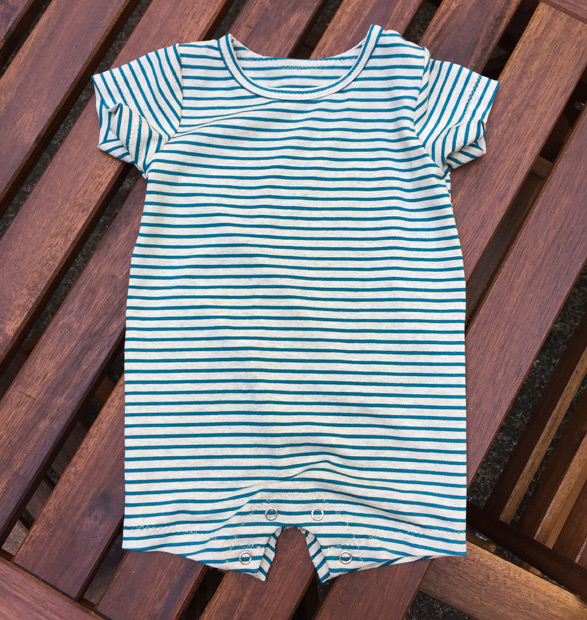 But what did I decide when I looked it? That the the head opening was much too small. Mind you, I didn’t even try it on him. Let’s just think about that. I finish a project, and without even slipping it over Em’s head, I decided it was too small. Ugh. Baaaaad choice. So then, I cut off the neck binding, making it a bit wider, and sewed on a new one. It looked a bit odd, but in my sleep-deprived state, I thought it would be fine. When I finally tried it on him, the head opening was now so big, his shoulders could squeeze out of it. NNOOOOOOO! I was so disappointed. It is currently shoved in a drawer until I can figure out what to do with it. He’s probably even outgrown it by now, but I’m so mad at myself for wasting that fabric and ruining the neckline that I want to find a way to make it right.

His next project should turn out better! Remember his quilt that I was unsure about? I agonized about it for the longest time. What pattern should I used, how would I cut the fabric, blah, blah, blah. I loved all of your suggestions in the comments, and I realized one night that i just needed to make. a. stinking. decision! I often do this to myself with fabric. I don’t want to cut up yardage and then change my mind, so I go through every possible idea I have until I figure out what I want to make. Because of this, I end up with fabric on my shelves for years, unable to make a decision. I bit the bullet and decided on simple squares. I have so little time for sewing that I needed a quilt that could be pieced quickly and easily. 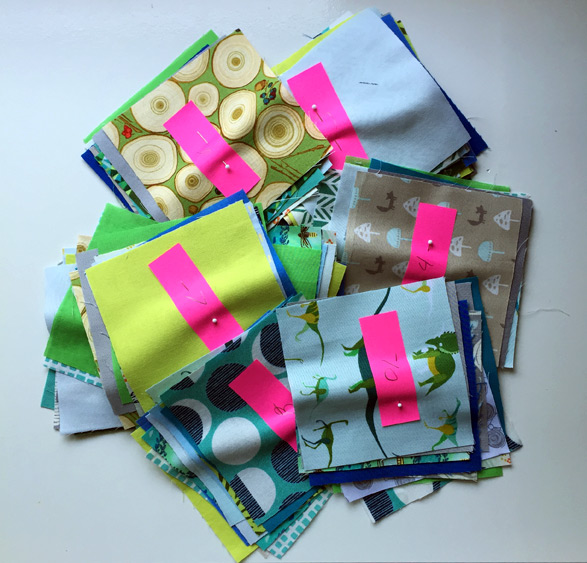 I’ve already laid it out and all of the rows are numbered so my blocks will stay in order. I can’t wait to show it to Em! I think he’ll love looking at all of the different prints while he plays on it. That is, if I can find time to finish it before he turns 18! 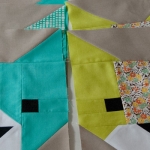 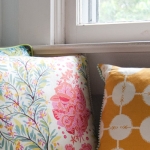