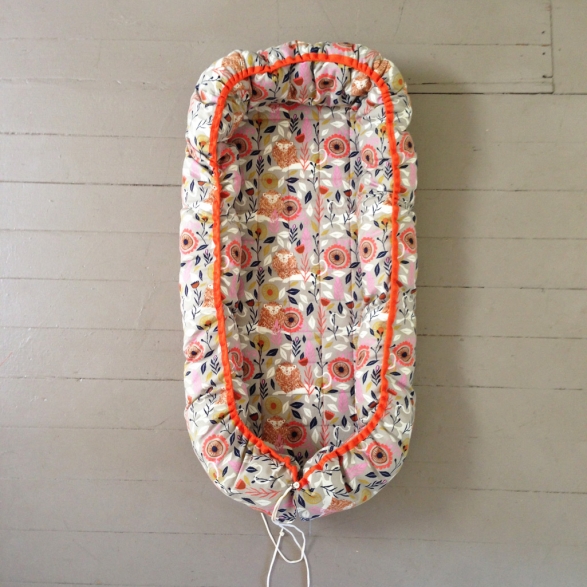 In the middle of packing up to move, I decided it was the PERFECT time to sew up a few baby things. Makes sense, right? Need to procrastinate doing something really important? How about sewing instead! I went to Modern Domestic and picked up some Cotton & Steel yardage, batting, and few other items and came home to whip up a Swedish Baby Nest pattern that my sweet friend Jennie sent me. She was really awesome and had traced off and cut out the pattern pieces for me and translated the instructions. It was so easy to follow thanks to her help! 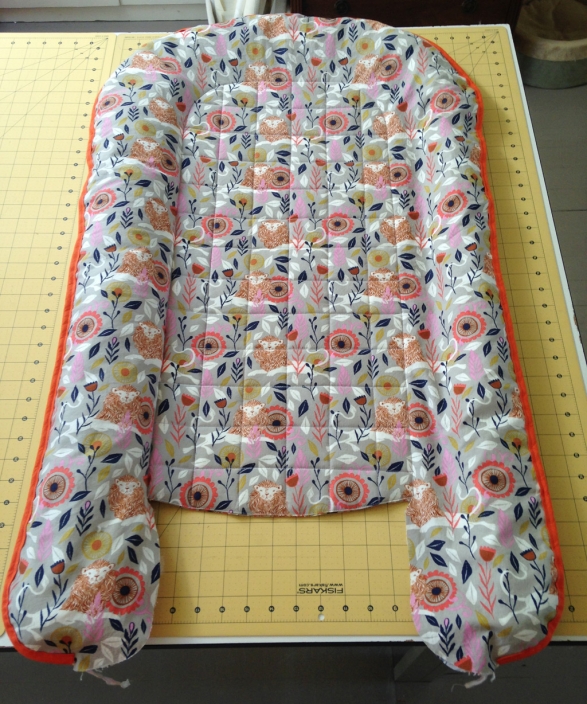 The baby nest is made out of two pieces of fabric, a three-layer quilt batting “mattress”, a rolled-up batting bumper, and some bias tape to make a casing for a tie (I used twill tape). I pretty much followed the instructions exactly, except for two things. I decided to quilt the batting, because I thought that it would likely shift a lot and maybe bunch up if this gets thrown in the washing machine. And let’s be honest, it will be used by a baby, so it’s bound to be washed a lot! The other thing I changed was to add some extra fiber-fill to the bumper edge. The rolled-up batting wasn’t as plush as I wanted it to be, so I squeezed my arm into the bumper casing and added some extra stuffing. In the above photo, the right side is yet to be stuffed.

Two things that were tricky about this were getting the pull-tie into the bias-tape casing (totally bent my bodkin doing that), and evenly distributing the batting and fiber fill in the bumper. I’m lucky my arms aren’t much bigger around, or I couldn’t have reached the far curved edge to fill it! 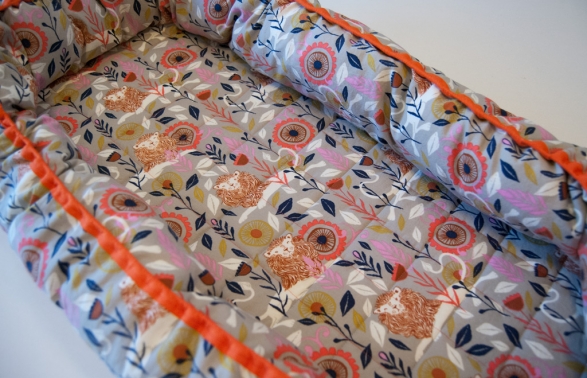 I’m so happy with how it turned out! I think that we’ll get a lot of use out of it, and I think I’d like to make these as baby gifts as well. 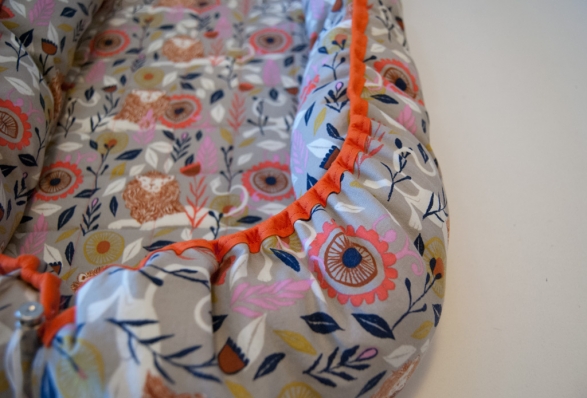 It took a certain furry someone about a day to find it sitting on my cutting table. He was purring quite comfortably when I found him, so I’ll have to keep this out of his reach when the baby isn’t in it. 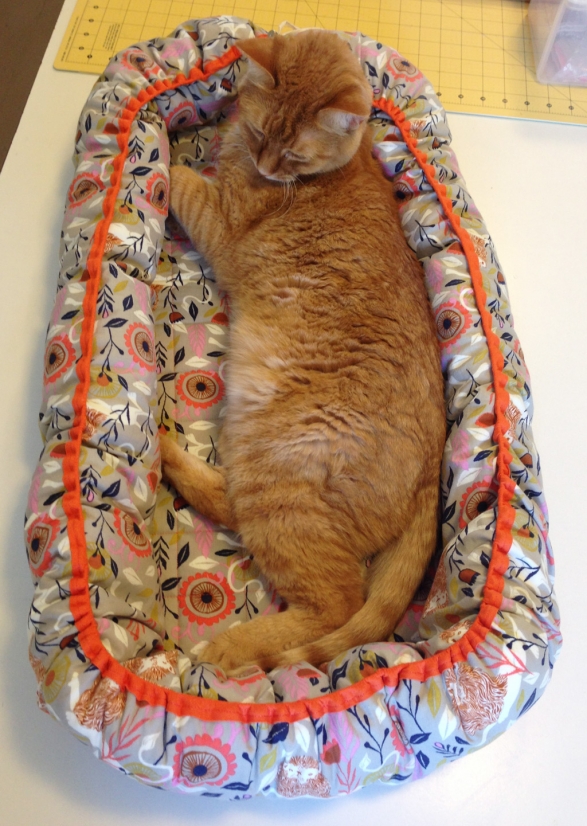 My other project that I’d had in my head for a while was a onesie. I know that they’re easy to sew up, so I though it would be some quick and satisfying sewing. I have some old clothes that I’ve been saving to cut up into baby clothes, and a t-shirt my brother designed a few years ago seemed like a great first choice. I got a Jalie onesie pattern at Bolt and made a 6 month size. It still seems so tiny! 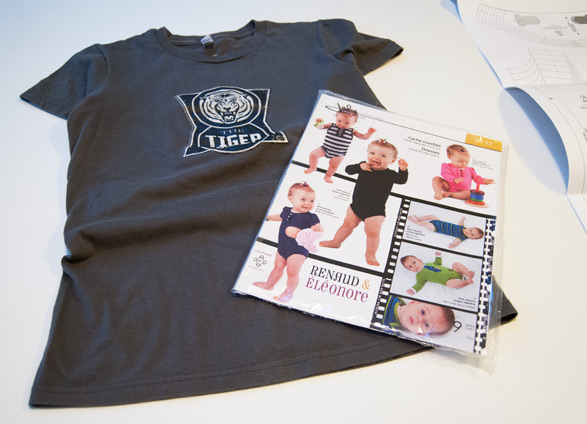 I used a fold-over elastic (FOE) to encase the onesie edges, and I can’t say that it made anything any easier. Next time I’ll stick with making my own knit binding! It was hard to get the elastic to stay lined up along the fabric edge while I used my cover stitch machine to attach it. In the end it looks fine, but I had to use so many pins to hold everything in place, and I had to resew the neckline FOE at least 3 times to get it to lay the way I wanted. Now I need some snaps for the crotch and it’ll be done. 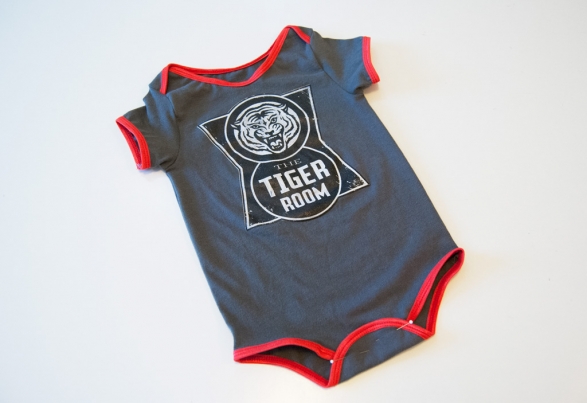 I’m excited to make more tiny clothes and baby projects! They really do go together quickly. I might as well sew some more little things while I pout about not being able to make a Grainline Studio Alder shirtdress to fit me right now! 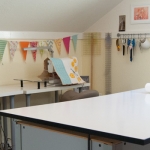 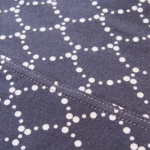 Older post: How to Make a Maxi Skirt, Pt 2